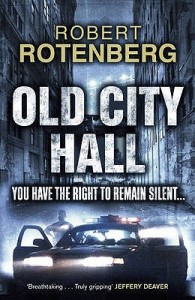 This compelling novel starts simply: Mr Singh, delivering the Globe and Mail to apartment 12A of the Market Place Tower in Toronto, finds Kevin Brace waiting at the door instead of sitting at the table having his customary early-morning cup of tea. Brace tells Singh “I killed her”. On entering the apartment, Singh discovers Brace’s wife dead in the bath. He calls the police.

The unfolding tale of the investigation and court case is told from the point of view of several police officers and lawyers. The two main policemen are detective Ari Greene, son of a Holocaust survivor, and officer David Kennicott, an ex-defence lawyer who joined the police force three years ago after the death of his brother. The two men are friends, so continue the investigation in partnership. The two main lawyers are Albert Fernandez for the Crown, keen to prove himself on his first trial case, and Nancy Parish, who is chosen by Brace, a celebrity radio talk-show host, to represent him.

None of these professionals has a complete, or even much of a partial, picture of why and how the death occurred. The case, which at first seems open-and-shut, becomes more and more complicated as more information is uncovered by the investigating policemen and, later, the lawyers. The story is told in great detail against a wonderfully atmospheric depiction of Toronto, gripped by a feverish support of the Maple Leafs hockey team. The suspense is built up gradually: at first the reader is aware of the basic facts of the investigation, such as the discovery of the murder weapon, but soon, as witnesses are interviewed, a more complex and subtle story comes to light. The characterisation of Brace and some of the witnesses and minor characters, particularly Brace’s first wife, is vivid – though the two cops are too similar.

I thoroughly enjoyed Old City Hall, which is a confident, measured, absorbing debut. The book is a great example of the use of detail to create atmosphere and a wonderful sense of place, without feeling as if one is reading a lecture (which is often the case when authors decide to make location a major part of their story). Although most of the book is told from the point of view of the professionals involved in investigating the crime and taking it to trial, the power of the novel is in what it has to say about human emotions, in particular in the light of the grossly cruel actions, based upon conviction without proper knowledge, by authorities in the past – actions whose effects will last for the lifetimes of those concerned.

——
I bought this book. I thank Bill Selnes for the recommendation. Bill has reviewed the book at his blog, Mysteries and More from Saskatchewan. Bill has written three posts of questions, answers and thoughts about Robert Rotenberg (mostly about his next book, The Guilty Plea). The first of these is here.

Author’s website. The book was shortlisted for the CWA John Creasey (New Blood) Dagger award in 2009.