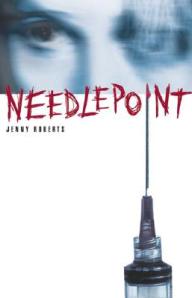 Cameron McGill is mourning the death of her sister Carrie, an investigative journalist whose body was found in an Amsterdam canal two months ago. Cameron, a drugs counsellor in the city of York, cannot move on from this event (unsurprisingly) so her boss gives her a month off work. She decides to go to Amsterdam to find out what she can about what happened to Carrie.

Cameron is a tough character who has had a difficult childhood and a wild phase in her youth. Now she drives a Harley Davidson and only goes in for short-term relationships. Upon arrival in Amsterdam, Cameron stays at a bed-and-breakfast owned by the friendly Mariette, who tells her what she can of Carrie’s last weeks. Cameron finds it hard to believe the autopsy results, which showed that her sister died of a drug overdose, and remembers identifying her body for the Dutch police, which through her grief caused Cameron some puzzlement. When she visits the policeman who was looking into Carrie’s death, however, he tells Cameron the case is closed even though the drug in her system was not identified.

Cameron is even more determined to find out what her sister was doing, soon becoming aware of what was obvious to the reader, that Carrie was investigating some leads rather than being a drug addict herself. Cameron goes to a women’s restaurant then a gay bar, following up with local drug counsellors, squatters and with people using the methadone “buses” to try to build up a picture of what Carrie was doing.

I enjoyed this book, including its vivid portrayal of Amsterdam and the Dutch scene, very much until the middle, then found it became rather predictable. The identity of the villain is obvious immediately the name is introduced – though this does not occur to Cameron, for the reader it is just a matter of waiting until she gets there and seeing how the two ends meet. The book also becomes more of a “thriller” at this point, for example Cameron notices a black Mercedes car on a ferry she is on, and a few pages later the car is pursuing her on the roads. Everyone Cameron meets tries to persuade her not to find out what her sister was doing for her own safety, rather than telling her what they know. So although this is an enjoyable novel in the style of Sara Parestsky’s V I Warsahwski books, providing an authentic snapshot of a particular social culture and at its heart a good crime plot, I wish it had been 50 pages shorter, which would have given it more focus and impact.

I purchased this book, which is the first in a series. I read it because Sharon Wheeler recommended another book in this series, Dead Reckoning, as one of her Euro Crime picks of 2005. From her review: “Cameron’s an attractive and well-balanced heroine surrounded by a believable and well-drawn supporting cast….The sad thing about this outstanding book, though, is that it is unlikely to reach a wide audience, published as it is by a small-scale gay publishers. And that’s infuriating, as Roberts’ writing is up there with the best on the UK crime writing scene.”

Quotes from reviews at the author’s website, where you can read an extract of the book.