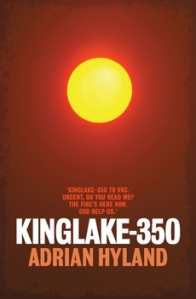 Kinglake-350 is a non-fiction book about the most terrible bush fire in Australia’s history, on 7 February 2009, in the state of Victoria. Unlike other accounts of natural disasters or other real events, Kinglake-350 is as riveting as any novel could be, which is not surprising given that the author is the superbly talented writer Adrian Hyland.

The first half of the book tells the story of the fire from the point of view of many of the inhabitants of this small community north and slightly east of Melbourne. The author has done his research thoroughly, and his approach provides the book with an immediacy that, in the hands of a writer of this calibre, pulls in the reader as we follow the activities of individual local police, community fire-service volunteers, and other inhabitants as they gradually come to appreciate the magnitude of the threat racing towards them. The lack of warning from the authorities is shocking, as people had little if any time to put into place their fire-protection policies or to flee the region, leading to a much higher death count than would otherwise have been the case, in all likelihood. This part of the book is accompanied by several maps to illustrate the geography of

the area and the movement of the various infernos that swept across it; unfortunately in the Kindle e-book I read one cannot magnify these maps into legibility, but even so they were useful in orienting me to the path of the fires and why people could not escape down the few mountain roads.

Gradually, the author intersperses his narrative with scientific descriptions: an explanation for what we know of global climate patterns and their origin; how “natural” fires begin and propagate; the eucalyptus and other vegetation; the psychology and biological response of people faced with horrific dangers; and the relationship of humans with their environment – including why so many people are arsonists. All these sections are gripping; the explanations are admirably clear and comprehensible, unlike many a scientific text – perhaps to me the most fascinating section concerned the contrast between the Aboriginal and the settler-Australians’ relationship with fire and how the different cultures use it to control potentially dangerous natural outbreaks. At the same time, there is immense tension in the story of the

Kinglake fires, as we have come to know the cast of characters (particularly Roger Wood, the policeman whose call sign Kinglake-350 provides the title of the book and who is its, for want of a better word, hero) and are desperate to know whether they will survive.

Later, after the worst of the blasts are over but while fires still rage, there are many acts of individual heroism as people are rescued from their houses and cars, as they are treated in a makeshift medical centre, and so on. There were more than a few times that I had tears in my eyes as I was reading.

Finally, the last part of the book summarises the management of the crisis, which was found to be severely lacking from “on high”. Hyland is not interested in assigning blame, however, but in measured (yet occasionally poetic) terms he looks holistically at the causes of this awful disaster. We don’t really have the mechanisms necessary in our society to take the kind of responsibility that can help to ameliorate the conditions that lead to out-of-control environmental catastrophes – and 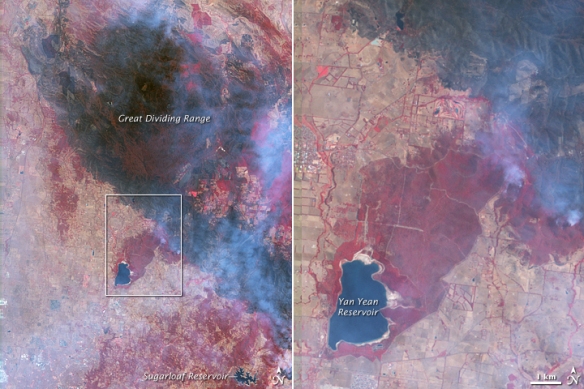 we certainly don’t know enough about the natural processes to be able to predict them with sufficient accuracy. But there are things that could be done – for example the confused response and failed communications when the 2009 fires first started were responsible for much – but more than this, we need to be more connected to the natural world and to live our lives, whether in small or large communities, in awareness that we do not control it. The author puts these arguments very well, while at the same time conveying the lack of process or structure that could make this possible on any enduring, large scale.

Kinglake-350 is a wonderful book, not just as a compulsive 360-degree account of this particular disaster, but in what it says about dealing with any similar incident – floods, tsunamis, volcanoes or earthquakes. The confusion on the part of those responsible for managing or governing from remote locations is a common theme in many of these recent disasters, as are accounts of bravery of those “on the ground”. If everyone read this book then this would be one small step in advancing our understanding of the need to take more collective responsibility for the world we live in, rather than assuming we are the masters of it.

I purchased the Kindle edition of this book as part of an Amazon promotion.

Bernadette’s review of this book at Reactions to Reading – which made me want to read it. Other reviews: Aust Crime Fiction (calls the book “mandatory reading”), All the Books I Can Read and The Australian.

Excellent interview with the author about this book and the events described in it, by Meg Mundell.

Wikipedia on the “Black Saturday” bushfires, which spread over 4,500 square km. There were 173 fatalities and 414 serious injuries.

About the book at the Australian publisher’s website (includes an extract and some excerpts from reviews).