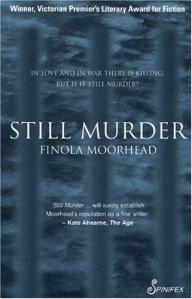 The title of this novel is intended to mirror the phrase “still life”. As in a still-life painting, various disparate elements are presented to the reader, eventually to coalesce into the whole picture. Each element, or “frame” to continue the art analogy, is one person’s perspective on events that happened in a particular place. Gradually, one comes to see the complete picture but none of the individual characters do. Another meaning of the title can be deciphered as: “in love and in war there is killing, but is it still murder?”

The book is a very serious, political one. The author is a strong feminist and her delivery of her message is the overarching impression with which the reader is left at the end. In this sense, the book is similar to the Martin Beck novels of Maj Sjowall and Per Wahloo, in which the authors’ socio-political message is, cumulatively, more memorable than the crime plots of each book, or indeed the characters depicted.

Although written in 1991 and set (mostly) in New South Wales, Australia (pictured), in 1989, I felt as if I must have been living on a different planet at that time. The back-story is about two characters swept up in the Vietnam war: Peter is a young man when drafted into the army, madly in love with a student, Patricia. Both of them are irredeemably traumatised by the experience. Peter is thrown into a maelstrom of brutality, death and danger, and rapidly becomes assimilated into becoming an abuser of the people the army is supposedly protecting. On some level, he is so appalled at himself that he invents a new name for Patricia, Felicity, and it is as this “new person” he’s created that sustains him until he can return home. Patricia, who was pregnant when Peter left for Vietnam, takes up with and eventually marries someone else, at the same time becoming radicalised, protesting against the war and living a lifestyle of free love and expression.

In 1989, an odd event is reported in the press – some marijuana plants are found growing in a local park. This might just have been a quirky, quickly forgotten story about a prank if it were not for a nun who insists that there is a 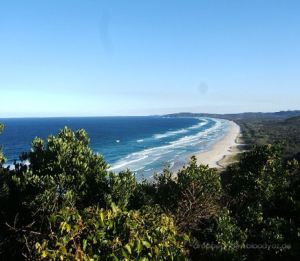 body buried under the plants. The next, and perhaps main “frame” of the novel is told by Detective Senior Constable Margot Gorman, who is sent undercover by her boss to be a nurse to Patricia Philips, a schizophrenic woman in a mental hospital. Margot is a no-nonsense, athletic woman with a strong sexual appetite, who puts up with a great deal of sexism and bullying at work. She’s determined to make a success of her strange assignment, even though she has no idea why she is looking after Patricia. By forming a relationship with the patient, Margot gradually comes to realise that someone has been killed – possibly Patricia’s husband – and wonders if Patricia is under suspicion or if she in fact needs protecting from the killer. Eventually Margot’s cover is blown so she never finds out.

Another section of the book is from the point of view of Patricia. As we live inside her deluded mind as herself or as one of the three main personalities she has adopted, her past comes into focus, and the reader becomes fully aware of the ghastly, long-term effects of the war on those who can never recover from it. And of course, in the process, we wonder whether Patricia is insane or whether her state of mind is a “normal” response to the ordeals she’s suffered in her life, which may or may not have really happened.

There is also a very hefty dose of feminist politics in this book, most particularly involving themes of rape and anti-rape activism in various forms, which to me was less involving than the post-war traumas. In one of the later main sections, Margot is on holiday and decides to find out what is really going on – she succeeds in part and fails in part. The author is admirably determined not to create a typical crime novel, so there is no “final discovery” or closure for Margot, whose last appearance is rather unsatisfactory and lacks credibility (not least regarding the nun’s role and a scene in the bar when Marge goes to meet her boss), but the reader does learn more than most of the characters about what has happened and why.

I did enjoy this novel very much, but it is of its time, reminding me of earlier feminist fiction from the USA by authors such as Marge Piercy (Woman on the Edge of Time, Vida). I found some of it very moving and tragic, particularly the story of Peter. On the other hand, one has to wade through a lot of feminist tract of a nature that is relatively uncommon in mainstream fiction nowadays and to my mind somewhat oversimplifies several issues in its ‘men vs women’ righteous polemic. Margot Gorman is an odd character, in some ways independent and strong, in others passive and dominated. The author has written another novel about her 10 years later, Darkness More Visible, so it will be interesting to find out what’s happened to her and how she has developed in a time when one assumes the police force in Australia has a more enlightened attitude to women.

Finally, I was pleased that in the 2002 Spinifex edition I read, there is both an afterword by the author and an independent introduction, as both of these short essays provide some perspective and made the book more comprehensible by focusing on its main issues. Otherwise, the sheer amount of words and digressions that serve to obscure what has happened because of the particular narrator, and the author’s determination to write at a level different from a straight storytelling approach, would have left me a bit confused about some aspects of the author’s undoubtedly sincere messages.

I purchased my copy of this book.

About the book at the publisher’s website, with a short plot summary of this “Spinifex feminist classic and winner of The Victorian Premier’s Literary Award for Fiction.”

Read another review of Still Murder at Reactions to Reading, a post that made me decide to read this novel.