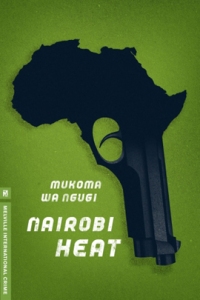 A beautiful young woman is found dead on the steps of a house in a rich suburb of Madison, Wisconsin. Detective Ishmael (who actually does say “call me Ishmael” when asked for his name) is dispatched to investigate. The only possible suspect is Joseph Hakisimana, the owner of the house, but there is no evidence to connect him to the crime. Indeed, Hakisimnana turns out to be a hero of Rwanda, having saved many of his fellow citizens from genocide, who is now a university professor of genocide studies involved in a foundation to help the rebuilding of the country and its survivors after the terrible civil wars there.

Ishmael’s chief decides to send him to Kenya as the only clue to the woman’s identity is an anonymous phone call from that country, promising some information about the killer. Ishmael is of African descent but has never visited that continent; the main part of this novel is about his experiences in Kenya and, later, Rwanda as he attempts to solve the case with the help of local detective “O” and a singer, Madeline. As he sees and experiences life in Nairobi and, later, the villages of Rwanda, Ishmael has a personal voyage of discovery about his own identity.

The pace of this novel is cracking. As soon as Ishmael arrives in Kenya he and O rescue a schoolgirl from a vicious sexual attack and end up in a gun battle with the perpetrator’s gang. The two get into bar fights, visit crime lords, get kidnapped, endure a terrifying car chase and discover bodies as they (mainly Ishmael) discover a network of corruption – but still not the identity of the dead girl. Eventually Ishmael attempts to leave the country via Uganda, and it is while he is travelling through Rwanda to get there that the crucial breakthrough of his case – somewhat coincidentally – occurs. The final part of the book takes place in Madison, involving a couple of plot twists.

Nairobi Heat is a fast read and a fascinating one. The author conveys much of the depth and pain of countries that are mired in poverty, corruption, constant violence and a hostile climate. The main characters of Ishmael, O, Madeline and a journalist called Mo represent interesting and sometimes moving viewpoints, but also are pretty cliched (not least Ishmael’s relationships with women). The main downside of the novel is the rather unbelievable plot, in which people (mainly the bad guys) behave illogically and in unrealistically complex ways (I can’t give the details here without providing spoilers). Many of the ins and outs are glossed over, particularly at the end; some people’s actions are left unexplained and there are some gaping plot holes. One disturbing point the author makes emphatically is that it is fine for the “good guys” to take the law into their own hands and shoot to kill someone who is deemed to deserve it, not just in places like Nairobi and Rwanda where institutional law and order has broken down, but also in Madison, USA.

Despite these flaws, the book has a lot of power, most particularly in its treatment of the human side of the Rwandan genocide and its long-term effects on those who lived through it. It’s also an interesting treatment of racial politics in a city in the USA, and of the subject of national and personal identity, as Ishmael is torn between the country of his birth and the country of his ancestors.

I received this book free of charge via the Amazon Vine programme.

Read other reviews of Nairobi Heat at: The Mail and Guardian (South Africa), blogcritics.org, and Africa book club. These reviews are all extremely positive about the book and make several points that I have not addressed in detail in my review, so if you are thinking of reading this novel then I highly recommend reading these reviews.

About Nairobi Heat at the author’s very interesting website.